Kuniko is one of the most gifted and significant percussionists of her generation.  Her astonishing virtuosity, exquisite musical insight and expressive yet elegant performance style continues to attract not only audiences, but established conductors and composers too.  She is renowned for her flawless technique when playing both keyboard and percussion instruments, which blends seamlessly with her profound musical intelligence.

After graduation she was based in Europe for over ten years, winning major awards including the Kranichsteiner Musikpreis from the Internationales Musikinstitut Darmstadt in 1996 and second prize at the International Leigh Howard Stevens Marimba competition in 1996. In 1997, Kuniko recorded James Wood's Marimba Concerto in London where her performance was highly complimented by the BBC.  In addition, Kuniko was a guest soloist at the James Wood Portrait concert at the 2001 Huddersfield Contemporary Music Festival which was broadcast on BBC Radio 3. In 1999, Kuniko released her first solo album To The Earth.

Career highlights for Kuniko include the Japanese premiere of the music theatre production of The Pure Land (Jodo) in 2005 by James Wood; a story based on Yukio Mishima's novel The Priest of Shiga Temple and His Love.  In May 2006, Kuniko revived the legendary percussion concerto Cassiopeia by Toru Takemitsu as a part of the Takemitsu Memorial Concert at Tokyo Opera City in Japan.  The performance was recorded live and is available on a limited edition CD.

During 2008-09 Kuniko showcased a solo recital at Sao Paulo University as part of the first International Percussion Festival, appeared at the historic Monday Evening Concert series in Los Angeles, performed a solo recital at Vancouver New Music Society and gave the Japanese premiere of Unsuk Chin’s Double Concerto at the Suntory Summer Festival.

In March 2009 Kuniko created a new live performance Sound Space Experiment - Steel Drum Works in Tokyo, Japan.  At this performance she gave the world-premiere of Electric Counterpoint, transcribed for steel pans, marimba and vibraphone by Steve Reich. In 2010 she was invited to perform concerts and master classes in Canada, Australia, Portugal, Congo and South Africa. Kuniko also performed Steel Drum Works in Vancouver, Canada, Saitama and Itami, Japan, and at the international music festival Les Flâneries Musicales de Reims in France in 2011.

Kuniko’s critically acclaimed CD ‘kuniko plays reich’ was released on Linn Records in 2011 and was their best-selling album of the year. ‘kuniko plays reich’ features unique multi-tracked arrangements of classic 1980s minimalist works by Steve Reich, personally endorsed by the composer. Kuniko performed her Reich arrangements live in Tokyo, New York, Modena, Reims and at the Cheltenham Festival in England in 2011. Her 2012 schedule includes multiple performances in Japan, Paris, Madrid, Barcelona and Koln, a major residency in Armenia and a tour of Australia. In 2013 Kuniko worked with an Estonian legend Arvo Pärt to premiere the new percussion transcriptions of his signature works such as Fratres, Cantus, Spiegel im Spiegel and Für Alina and globally released her 2nd album CANTUS from Linn Records. In 2015 Kuniko released another album featuring the major percussion works, Pleiades and Rebonds a.b. from 20th century’s greatest Iannis Xenakis as the 3rd album from Linn Records. The album was double nominated in the contemporary music and recording categories at the 53rd Record Academy Award. As of today Kuniko is the only percussionist and Japanese artist who signed with the highly acclaimed audio label Linn in Scotland.

Kuniko also produces commercial music, including theme music for the television programme NHK Art Theatre. Most recently she directed and performed the newly created music theatre work THE KEY by LOD, Gent Belgium and will tour in EU in 2016 & 2017 seasons.

Kuniko is strongly committed to music education through percussion workshops, master classes and open rehearsals whenever possible in conjunction with her solo recitals. She has been working with learning-disabled children in Japan since 2004, including a series of log drum (slit drum) workshops.

Kuniko is endorsed globally by Adams and Pearl. She currently resides in U.S.A. She received the highly acclaimed Keizo Saji Award from Suntory Arts Foundations by the live performance of kuniko plays reich concerts in Kyoto in 2013.

Awarded a diploma by the Conservatoire National Supérieur de Musique et de Danse de Paris, Jean Baptiste Leclère is currently 1st percussionist solo with the Orchestre de l'Opéra National de Paris. He is the founding
member and art director of the Paris Percussion Group and is a member of the Jatekok quartet. He also teaches in the conservatory of the 13th district of Paris, in the CESMD superior Poitou-Charentes and the Academy Eurocuivres.

In addition to these activities, Jean-Baptiste regularly leads masterclass and clinics in France as well as abroad in United States, Colombia, Taiwan, Greece, Bulgaria, Belgium and Swiss. He has performed in concerts as
soloist and chamber musician in numerous festivals and venues such as Deauville, Shanghai Concert Hall, Radio France, National Opera of Paris, Alexandre Paley and Friends, Teatro Major Santo Domingo de Bogota, Marimba and Percussion Festival of Bulgaria, Nanaforomosa Academy
in Taiwan.

Michael Askill is a percussionist, composer, musical director, musical ambassador and educator - an icon of Australian music, known and admired for his enduring contribution to the Australian contemporary music landscape and his original blending of Asian and Western sounds.

Askill has a significant discography on the Celestial Harmonies and Black Sun labels as performer, composer and producer. His composition for film includes award-winning scores for Daniel Askill’s ‘We Have Decided Not To Die’ and Mark Lapwood’s ‘Eclipse’.

He has composed for the Opening Ceremonies of the 2000 Sydney Olympics, 2006 Asian Games and the 2011 CHOGM.

He has performed throughout Australia, Europe, the Americas, China and South East Asia.

Before embarking on a successful independent career, he was Principal Timpanist with the Melbourne Symphony and then Principal Percussionist with the Sydney Symphony Orchestra.

She is a researcher at the Centre for Interdisciplinary Research in Music Media and Technology in Montreal. In 2012, Mode Records released Save Percussion Theater featuring Aiyun Huang and friends documenting important theatrical works in the percussion repertoire. Aiyun’s research focuses on the cross-pollination between science and music from the performer’s perspective. Her current research project “Memory in Motion” focuses on the understanding of memory in percussion ensemble playing.

In May 2013 she co-hosted Random Walk: Music of Xenakis and Beyond with Canada’s leading research institutions: Perimeter Institute, the Fields Institute for Research in Mathematical Sciences, and Institute for Quantum Computing. In 2015, she hosted Transplanted Roots: Percussion Research Symposium gathering international performers and scholars from four continents to discuss and reflect on the current state of contemporary percussion.

Born in Kaohsiung, a southern city of Taiwan, Aiyun holds a Doctor of Musical Arts from the University of California, San Diego. Between 2004 and 2006, she was a Faculty Fellow at UCSD. She currently holds the position of Associate Professor in Percussion and William Dawson Scholar at the Schulich School of Music, McGill University in Montreal, Canada.

The 2016 Australian Percussion Gathering is a week-long event bringing together percussion students, educators, industry professionals, orchestra musicians, instrument makers and passionate audiences from around the country.
Presented by Queensland Conservatorium Griffith University and directed by Assoc. Prof. Vanessa Tomlinson, the event will feature workshops, masterclasses, performances and concerts. It’s a chance to connect with other musicians and music lovers, learn new skills and see some of the world's leading percussionists in action.

"I am delighted to announce the 2016 Australian Percussion Gathering, hosted by Queensland
Conservatorium, Griffith University. The APG is a chance for students of all ages and experiences,
professionals in all percussive fields and the wider community to gather together to hear what is
happening in the world of percussion. In 2016 we welcome four leading percussion experts –
Kuniko Kato (Japan/USA), Aiyun Huang (Taiwan/Canada), Michael Askill (Australia), and
Jean-Baptiste LeClère (France/Paris Opera Orchestra).

Alongside these outstanding musicians you will hear all the tertiary percussion ensembles from
around Australia, and many of the leading professionals from around the country. You will have
the chance to participate in the Research Symposium, enter the APG orchestral percussion
competition, be part of the Gualda Xenakis All-star percussion sextet, shop for new percussion gear,
join in massive community events, and make many new friends.
I look forward to meeting you all in Brisbane, July 18th, 2016." 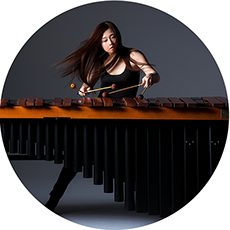 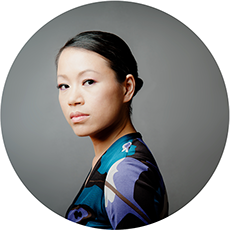 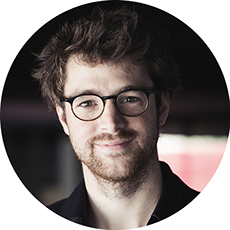 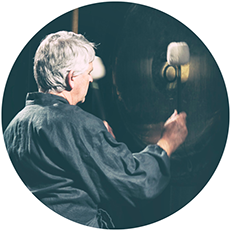 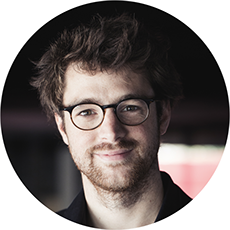 Kuniko is one of the most gifted and significant percussionists of her generation.  Her astonishing virtuosity, exquisite musical insight and expressive yet elegant performance style continues to attract not only audiences, but established conductors and composers such as Franco Donatoni, James Wood, Toru Takemitsu, Iannis Xenakis, Seiji Ozawa, Steve Reich, Arvo Pärt and Unsuk Chin.

Aiyun Huang enjoys a musical life as soloist, chamber musician, researcher, teacher and producer. She was the First Prize at the Geneva International Music Competition in 2002. In 2012, Mode Records released Save Percussion Theater featuring Aiyun Huang and friends documenting important theatrical works in the percussion repertoire. She is Associate Professor in Percussion at the Schulich School of Music, McGill University in Montreal, Canada.

Michael Askill is a percussionist, composer, musical director, musical ambassador and educator - an icon of Australian music, known and admired for his enduring contribution to the Australian contemporary music landscape and his original blending of Asian and Western sounds.

Jean-Baptiste Leclère is currently 1st percussionist solo with the Orchestre de l'Opéra National de Paris. He is the founding member and art director of the Paris Percussion Group and is a member of the Jatekok quartet. He also teaches in the conservatory of the 13th district of Paris, in the CESMD superior Poitou-Charentes and the Academy Eurocuivres.

The Australian Percussion Gathering program will include an all-star tertiary percussion performance of Xenakis Pleiades under the baton of the phenomenal Michael Askill. Some rehearsals will be open, so everyone will get the chance to learn from Xenakis' percussionist first hand. There will be an Orchestral Percussion Accessories program with Jean-Baptiste LeClère. Taiwanese/Canadian Percussionist Aiyun Huang, winner of the Geneva Percussion Competition and one of the very best exponents of theatrical percussion will present workshops on Aperghis, Globokar, Sean Griffin and many more - incorporating voice, theatre and a huge array of percussive techniques into her classes. APG favourite Kuniko Kato returns from Japan, sharing her new marimba project - Bach and Arvo Part; her Xenakis project and Steve Reich.

In addition there are many other exciting activities - leading Australian ensembles Speak Percussion, Early Warning System and Sound Collectors will be performing; marimba virtuoso Rob Oetomo and percussion soloist Claire Edwardes will present; there will be talks from industry professionals and there will be a day of shopping, supported by some amazing companies and put together by Just Percussion's Tom O'Kelly.

The Australian Percussion Gathering presents a series of eight concert events showcasing a huge range of compositions and some of the best artists from Australia and the world.

CONCERT 1 - IN THE BEGINNING, THERE WERE DRUMS

This is the official opening ceremony of the 2016 Australian Percussion Gathering. A keynote address will be delivered by  Professor Aiyun huang (Taiwan/Canada) A Percussionist’s Pursuit for Borderless Music Making, followed by a  concert featuring the world premiere of a new kinetic work by the Griswold/Tomlinson team featuring 16 percussionists sounding the Conservatorium foyer.

In this very special concert we welcome two of our international guests to the stage. Aiyun Huang has been investigating the theatre of percussion, and Kuniko Kato will re-imagine and re-energise some classics.

CONCERT 3 - FROM FRANCE TO SYDNEY

CONCERT 8 - DRUMMING TO THE STARS

Our signature event, Drumming to the Stars is a multimedia concert event, gathering together of some of the finest percussionists from around Australia, and around the world.